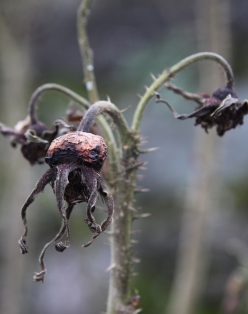 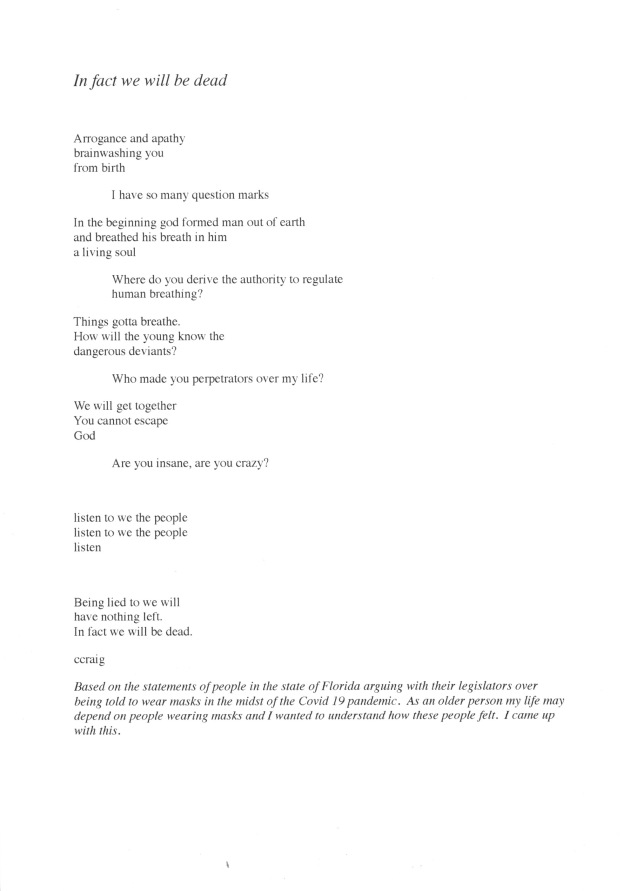 Erasure/Blackout/Found Poetry is considered relatively new poetic form.  It consists of taking a text and removing words with markers, drawings, white out, images, pen and ink, what-have-you to create something new.  In general, only  words found in the original text are used and used in the order in which they are found.

Erasure poetry has  frequently been created as an artistic response to a political/current situation or event such as war, racism, misogynism.   Travis McDonald did an erasure of the Warren Commission Report; Margaret Yocom did a long poem based on a Grimm Brothers’ Fairy Tale and the issue of incest.  Janet Holmes did erasures of the poems of Emily Dickinson in response to the Iraq war.

On the above:  I transcribed the statements from a CNN video of residents arguing against a Palm Beach, Florida commission’s order that masks be worn — except for the last three lines which come from a subsequent meeting in Saint Lucie, Florida.