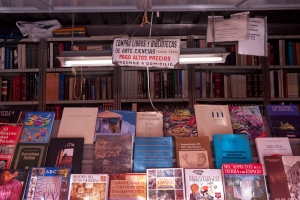 oh antic God, return to me my mother in her thirties —  Lucille Clifton

A year and a day: put off the black, fold back the weeping veil. It is finished, final, over, done. The ashes are scattered, the book is closed, the bell takes back its tongue.

I find nothing final in this moment. There is the slow seep of sadness and a fresh mingling of my mother’s life and mine.

In San Francisco I have taken to selling things. Not by choice. I rented to a tenant who took me in dangerous dislike – I am told he wants to see me bleed. Among his many revenges was the building inspector and thereby the discovery of a myriad of things done to my mother’s house as acts of love and friendship, as acts of gratitude to Faith Petric folksinger that must now be undone, repaired, rectified, approved and stamped.

It will cost more money than I personally have. Her second best guitar will go, the ‘guilute’ she carried and played in Ireland more times than I can count, the large, loved Morris Graves painting, the small collection of silver dollars, the Chinese figures, books and more books, both hers and mine.

For making me really look at the books, I can be almost grateful to the tenant. They would have languished forever on the ToDo shelf, unmarked and undiscovered. I never would have known, for example, that her father gave her a copy of The Rubaiyat of Omar Khayyam for Christmas in 1939. She was deeply angry at him all of my life, for good reason I believe, and I never heard a good word about him. I don’t know if he gave her The Rubaiyat because it was popular then or if it was unusual and he recognised that it would suit his unusual, intelligent, estranged, daughter. It is the Edward Fitzgerald version, boxed and illustrated. It might fetch a pretty penny, but won’t be going. For the first time ever, I have a link with my grandfather.

The ten small blue volumes of the World’s Thousand best Poems (1929 and arranged alphabetically) will go, without regret, but I am sorry to lose the leather bound Scrapbook of Elbert Hubbard, socialist, anarchist and follower of William Morris.

That sadness is not just because the book, printed on Hubbard’s own press in true Arts and Crafts fashion, is a symbol of much that I hold dear, but because it, and so much else in the collection, represents my mother’s younger, intellectually aroused self.

By the time she and I could have real conversations, she held her ideas firmly and saw my desire to discuss them as a threat. The variety of books is comforting, they show me that we once had that need to question in common after all.

In fact, as I come speedily up to my 70th birthday, I see the same questions for my life that I see in my dead mother’s: what gives meaning and coherence to living?

I find among her things a note written to herself at 2am on the 7th of July, 1949. “It is as if, through all my life,” she writes, “there has run a kind of paralysis. I am sitting in a room at 223 Fillmore Street, San Francisco, doing nothing. (Nothing, that is, that ‘matters’ or of the things I tell myself I should do ….)”

I inhabit that feeling intimately, life consumed in the living of it.

For my mother in July of 1949 it was her messy drawers, my toys that needed mending. Later, it was “her desk” and reading and answering endless, endless emails.

I don’t know, – because she never, aloud, admitted she was dying, never summed up, imparted wisdom, said goodbye – if at the end she thought she had done what mattered. Whether for her,  her life trailed off into a mist of undone “should’s” or felt complete, finished, done.

oh antic God
return to me
my mother in her thirties
leaned across the front porch
the huge pillow of her breasts
pressing against the rail
summoning me in for bed.

I am almost the dead woman’s age times two.

I can barely recall her song
the scent of her hands
though her wild hair scratches my dreams
at night. return to me, oh Lord of then
and now, my mother’s calling,
her young voice humming my name.