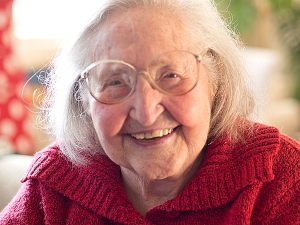 I am of the nature to die.  There is no way to escape death.   Buddha

Faith died at midnight on the 24th of October.  It is a date she would have liked.  When I was ten years old she took  me from school  for half a day because someone had given her tickets to the celebration of the tenth anniversary of the official founding of the United Nations —  24th, October, 1945.

It was held at the San Francisco Opera House.  In the way of many UN functions, individual countries got up and made speeches nominally about the subject at hand.  Such speeches  are usually small or large shots of propaganda about that particular nation’s own way of doing things.

And here I need to pause in this story to emphasise that my mother was in no way a Stalinist.   She wanted justice for everyone — her life is a testimony to that.  From the great distance at which she lived it was still possible to think the Soviet Union might be a good bet.

When the Soviet representative got up to speak the name Vlaldimir Lenin appeared.  In the dim auditorium, among the official representatives, well dressed power brokers, and those who had obtained tickets because they believed,  in the middle of McCarhyite America, there was the sound of someone clapping.   It was my mother.

I am of the nature to grow old.
There is no way to escape growing old.

I am of the nature to have ill-health.
There is no way to escape having ill-health.

I am of the nature to die.
There is no way to escape death.

All that is dear to me and everyone I love
are of the nature to change.

There is no way to escape being separated from them.
My actions are my only true belongings.

I cannot escape the consequences of my actions.
My actions are the ground on which I stand.

Note:  There are two more posts to record the arc of Faith’s dying.  One I had roughed out before we were told she had hours or days and another to describe how we spent  the last times.

Then, I presume, there will be more about the contours of loss.

This site uses Akismet to reduce spam. Learn how your comment data is processed.